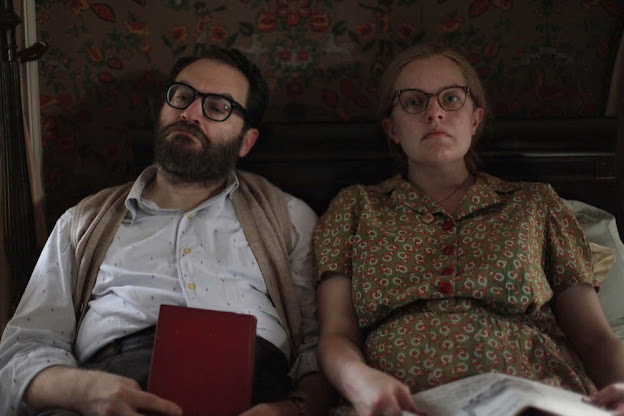 The Premise
Renowned horror writer Shirley Jackson is on the precipice of writing her masterpiece when the arrival of newlyweds upends her meticulous routine and heightens tensions in her already tempestuous relationship with her philandering husband. The middle-aged couple, prone to ruthless barbs and copious afternoon cocktails, begins to toy mercilessly with the naïve young couple at their door.
The Review
I think in general I was expecting this to be a bit of a horror film being that it was based on the life of a horror novelist. However it certainly was the sort of film that messes with your mind.it certainly helps having Elizabeth Moss in the central role with her coming and hot after her recent release the invisible man. The tension that she is able to bring just through her performance is electrifying. At the center of this film we find a woman and a man with such great and securities that they find themselves deeply desiring to manipulate other people around them.

This is one of those films that has been shot with a deliberate darkness that not only helps the characters to seem brooding but helps to overlay an ear of evil to the entire story. I couldn't help but become so full of a deep despising that was directed at these two central characters. However, this gets merged with a sense that it is their own and unhappiness that is driving them.
Whenever you get a film like this that is based on a novel that in turn is based upon someone's life you can't help but grow hungry for knowledge about these characters these people that you are getting a taste of and it's not a taste you're enjoying but you long to know is this who they really were. While attempting to do a little more research into these characters didn't find a massive amount of commentary other than their son voicing the opinion the film didn't cover the full roundedness of their characters, yet this is a story about manipulation it is a story about a character who takes joy and messing with another and then puts that story on a page. 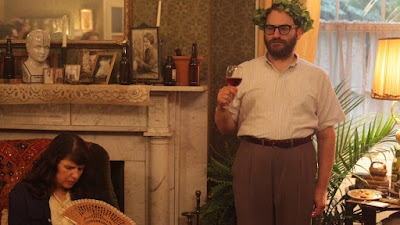 Now this would not be the same story if it were not for the next two characters. In fact if you read the blurb about this film it kind of points to it really being about the two that move in with them. The new husband and wife that so willingly get sucked into being manipulated and in turn find that their own relationship is not as they once would seem.
While this is not a scary film, it is a story that is drenched with intensity, a tale that is rather tantalizing and yet exquisitely dark. I can't say that I was entertained by this film, in fact I would probably say I found it more challenging both emotionally and morally. Of course for a film like this that is the point. This is not a film to make you laugh dance cheer or throw your hands up in celebration, instead this is a film to kick you in the stomach and have you questioning the level of humanity that some people have.
The Verdict
Okay, so it's dark, it's brooding, but it was still an intriguingly powerful film about the lengths that some people will go to in order to make themselves feel better about who they are.
The Trailer
The Info
Releases: 23rd July 2020
Rating: M – Contains Sex scenes, offensive language & nudity
Duration: 107 minutes
Genre:  Thriller/Drama
Starring: Elisabeth Moss, Odessa Young, Michael Stuhlbarg
Director: Josephine Decker (Madeline’s Madeline)