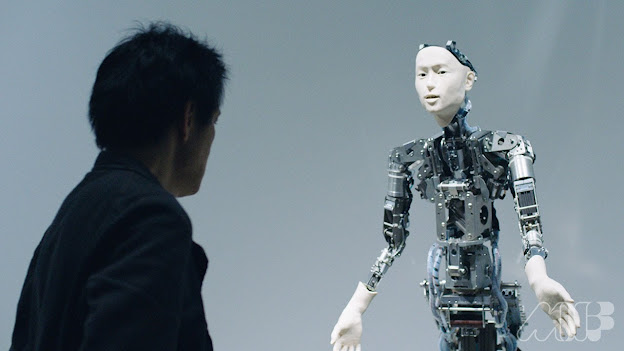 The Premise
"With expert insights from engineers, inventors, entrepreneurs, neurosurgeons, philosophers, ethicists and more – including Australian data scientist and digital ‘rock star’ Toby Walsh, pioneering fighter pilot turned autonomous vehicle systems professor Missy Cummings, and roboticist Hiroshi Ishiguro, who famously made a lifelike android that resembles him to an uncanny extent – Machine examines our fast-changing, AI-infused reality, as well as its immense impact upon everything from identity and creativity to longevity and sexuality."
-Melbourne International Film Festival
The Review
This is one timely and super interesting dig into the world of AI (Artificial Intelligence) and modern technology. I think that we all understand the impact that technology is having on our day to day life. We all have phones that can do much more than we understand. I remember hearing about a hard drive that Auckland University had in the eighties that held 10 megabytes of information and was 6 feet high and 2 feet wide. If you turned it on straight away it would short the entire power on that block. So it had to be quickly turned on and off multiple times until the disk spun up to speed before it could be left on. Now our phones have tens of thousands more operating memory than that and hundreds of thousands of times more storage space that. In our pockets? Amazing. 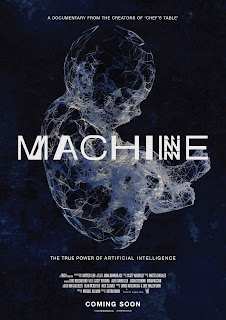 That being said, this film shows how far computing has come in the past century and how much it can do now, yet it is still not as amazing as the human brain. Machine is broken down into chapters and takes indepth looks into different areas where AI has been having an impact into how things are being done or could be done. The great thing about this documentary is that not all of the areas are ones that you would expect to see and some that you might not have realized were so developed already.
Ever since the 80s we have been promised flying self-driving cars and yet these kind of seem just as far away now as they were back then. We have seen plenty of films about the uprising of AI robots and the threat it might have to humanity and I think there are two schools of thought along these lines and one is that it is coming and is a big threat and yet perhaps the bulk of us don’t fully expect that to be the biggest threat to humanity. (If history is anything to go by, humanity is its own biggest threat)
Machine will take you on a rollercoaster journey into the world of AI with many intriguing stops along the way. From the world of human relationships both emotional and physical through to the business of war machines, there is no rock left unturned. I found the chapters on art and music to be amazing and superbly interesting, while the dips into weapons instilled a deep and confusing blend of amazement and fear.
The Verdict
An amazingly paced and well thought out documentary about the world of AI, that pretty much covers a wide range of areas and industries that will have something of interest for everyone. While the area of intimacy and sexual AI will put the film slightly out of the target of the younger audience, the rest of the film is so very relevant to all ages.
The Trailer
The Info
Releases: 18th June 2020
Rating: M
Duration: 86 minutes
Genre:  Documentary
Director: Justin Krook (I'll Sleep When I'm Dead,'Echoboom, The Human Experiment)
Labels: Machine