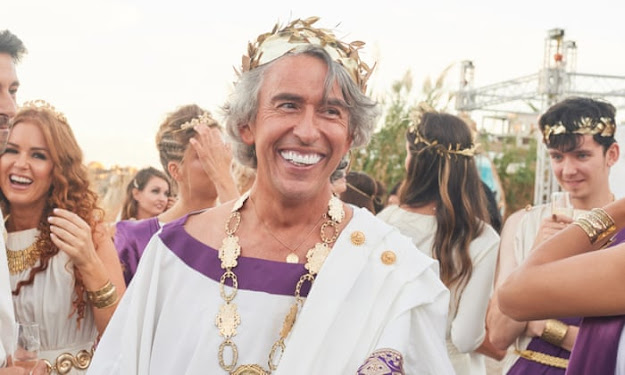 The Premise
Greed is the fictional story of a retail billionaire, set in the glamorous and celebrity-filled world of luxury fashion, which is centred around the build up to a spectacular 60th birthday party in an exclusive hotel on the Greek island of Mykonos.
The Review
Over the past decade there has certainly become a greater awareness amongst the public about the poor conditions of workers in the third world manufacturing community and the extent to which some international fashion houses have exploited this for major financial gain. While Greed is a fictional story, you get the feeling that it is based on so many stories that have come to light. The idea that a very small group of people can make obscene volumes of money on the broken backs of the workers and then walk away from debts is an extreme travesty of justice.
Yes, Greed is a satirical comedy that takes a deep dark and somewhat funny look at the types of people and situations behind these practices, it is rather scary and telling too. As a result of the wonderful script and magical performances by a stellar cast, you very quick fall in love with some and the distaste of others grows deep. 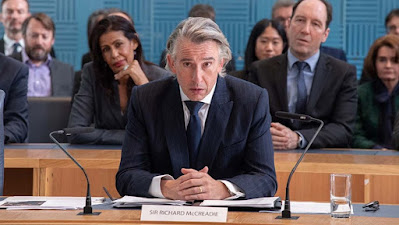 While the bulk of the story centres around the Greek Island of Mykonos and he ever increasingly ridiculous birthday party for the main character of McCreadie and his deep-seated greed and ego, the story unfolds in a more detailed manner through flashbacks and interview scenes. Through these additional components we et to see more of how this highly incredulous man came to be someone of power and immense wealth. The picture is not pretty like his extremely large and over the top false teeth.
This film made me so angry and then when we happened upon a shopping mall on the day after it began to continue the change in our minds as we started to adjust where we shopped in order to support a more ethical world of clothing. A good satirical movie can do that, challenge your thoughts and actions via the use of clever comedy. Greed certainly does that and in the main part thanks to a brilliant performance by Steve Coogan. Wow, this guy has had a wonderful career of playing some questionable characters including an extreme version of himself in The Trip films. It is always cool when an actor is not afraid to muddy the waters in pursuit of great roles. 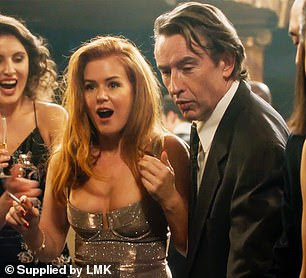 There are plenty of little moments that shine and a lovely collection of sub-stories that powerfully push through the overarching storyline to help aid the flow and depth of what could be a very simplistic movie. Not only is there the story of McCreadie that drives the flow, there are also some wonderful narrative relating to his children and employees along the way. Another testament to great casting in order to bring the ensemble to life. Along with plenty of little cameos of those alive and gone. Most of which is set in this insanely lavish and over the top birthday party being staged on Mykonos.
If you would like to find out more about what clothing companies in New Zealand are best at operating in a more ethical manner check out the Ethical Fashion Guide at Tearfund. https://www.tearfund.org.nz/Get-Involved/Ethical-Fashion-Guide.
The Verdict
Another awesomely satirical masterpiece from the always enjoyably uncomfortable duo of Michael Winterbottom and Steve Coogan. I loved it!
The Trailer
The Info
Releases: 25th June 2020
Rating: R13 – Contains Violence, offensive language, drug use & content that may disturb
Duration: 104 minutes
Genre:  Comedy
Starring: Steve Coogan, Asa Butterfield, Isla Fisher, David Mitchell
Director: Michael Winterbottom (The Trip)
Labels: Film Reviews Jon E Clist