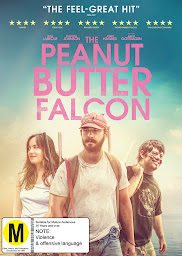 The Premise
The Peanut Butter Falcon is an adventure story set in the world of a modern Mark Twain that begins when Zak, a young man with Down Syndrome, runs away from the nursing home where he lives to chase his dream of becoming a professional wrestler by attending the wrestling school The Salt Water Redneck. Through circumstances beyond their control Tyler, a small-time outlaw on the run, becomes Zak's unlikely coach and ally. Together they wind through deltas, elude capture, drink whiskey, find God, catch fish, and convince Eleanor, a kind nursing home employee with a story of her own, to join them on their journey.

The Review
Every now and then a film comes along that is as endearing as it is funny. A film that is real and yet brings a clear message of hope and love. This is absolutely one of those films. I laughed so hard and felt moved so deeply. We live in a world where bullying is everywhere and even those who stand up against the bullying of one group can often end up being bullies to other groups in the process. So, it is super cool when a film comes along that focuses in on a friendship that goes beyond labels and people types and just demonstrates what true love and acceptance can look like.

The Peanut Butter Falcon came about because the directors met star Zack Gottsagen at a camp for disabled and non-disabled people and he expressed his desire to be a movie star. What a find for us all. Gottsagen is outstanding in this film and absolutely steals the show. Which is no mean feat when you consider he is acting alongside some amazing talent in the form of Shia LaBeouf, Dakota Johnson, John Hawkes and Bruce Dern. Talk about some serious heavyweights in the thespian world. LaBeouf has been accused in the past of not being a brilliant actor and being a little OTT off screen, however I think with roles like that in Fury, Borg V McEnroe and Lawless he has certainly proven himself to have some pretty massive acting chops! 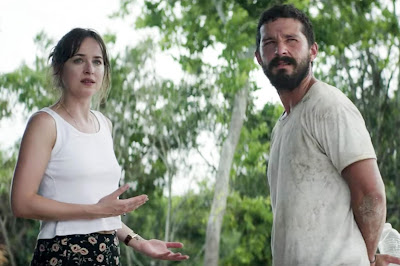 Then of course we find Dakota Johnson in the mix and it has only just dawned on me that her father is one of my favourite actors, Don Johnson and her mother Melanie Girffiths. Then of course her maternal grandparents are also Peter Griffith and actress Tippi Hedren. So, you would expect that she has been exposed to the art of acting from a very young age and it comes through in plenty of her career so far.

The story is diverse and interesting and holds your attention throughout and is not afraid to be a little down and dirty without compromising its feelgood status. I think it probably comes down to the directors writing the script around Zack and his hopes and dreams that perfectly bled into the script and people they knew who would allow them to film for free and without permits. In fact, he even did a little improv along that way that has created one of the funniest moments in the film. (Involving the rules to traveling with LaBeouf’s character Tyler.

Here are some of the facts relating to this film and a few reasons as to why you should make an effort to get out and see it.

The Verdict
A wonderful film full of brilliant performances and feel good moments balanced with moments of struggle and pain, and yet overall a film about unlikely friends and finding a fresh family among those friends. My pick as one of the best films of 2019. 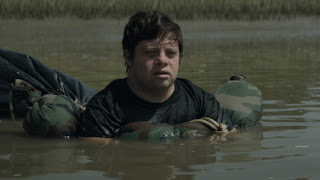 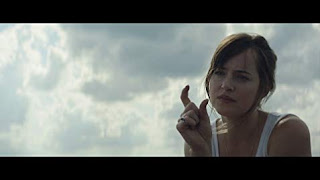 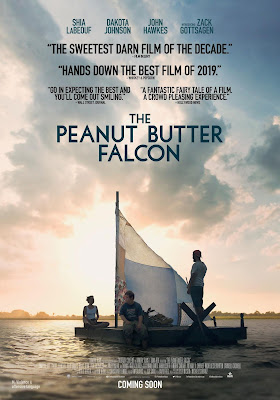