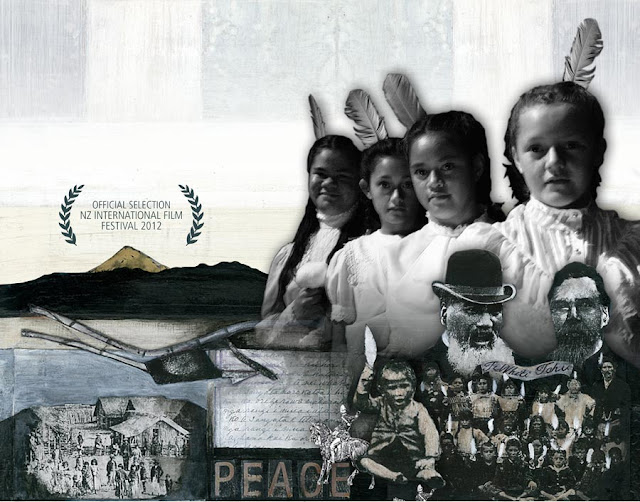 The Premise>> In 2009, a group of Taranaki children were taken on a bus trip to visit the places their ancestors, passive resistors from Parihaka in the 1880s, were imprisoned and forced to labour in. Places like Addington Jail in Christchurch and various buildings and roads they worked on in Dunedin. Along the way, they were welcomed at local marae by descendants of local Maori who supported the prisoners at the time. It was an emotional journey, documented by Paora Joseph’s camera and the children themselves. The narration is by the children, from their writing, poetry, song and art, expressed in a workshop after the journey. 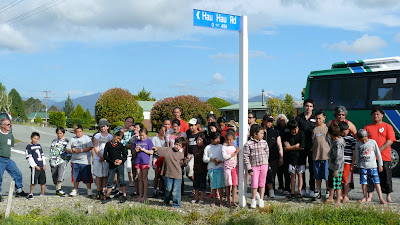 The Review>> There are moments in our history that we all know a little bit about. However it really is just a little bit. The story of Parihaka is one of those moments in the New Zealand timeline. In general we know there was a protest, we know there was injustice, however for most of us that is where the story finishes. So for me, this was not just journey into the people of Parihaka, but also into history behind them. I have often thought that general approach to telling of our history has become more of a straight out intellectual chore rather than connecting those moments in time with not only the people involved but our own selves in the present. This is definitely one of those stories where the connections are made clearly and cleverly. The bulk of this documentary follows a group of kids as thy learn first hand exactly what their ancestors had faced. It is this connection that really draws you into the the desire to know more. 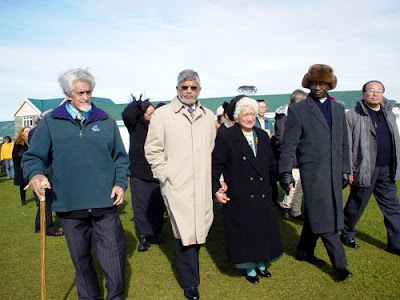 Producer/director Paora Joseph: “While it recounts days of darkness, Tatarakihi – The Children Of Parihaka carries a sense of restoration and hope, and I hope it enables continued dialogue for understanding and mutual respect of both Maori and Pakeha in the New Zealand we know today. This film is dedicated to the memory of all who have carried the kaupapa of passive resistance taught by Te Whiti o Rongomai and Tohu Kakahi.”

The director of this film, Paora has done a wonderful job of balancing the history with the emotions that surround it. Personally I think a lot of this comes out of his own background as a youth worker on the streets of South Auckland, this in turn led him train as a clinical psychologist. So he is able to see how these events not only effected those who lived through them but also the ancestors that now live with the resulting pain. This is however an amazing story not of bitterness and living in the pain that has come from the past, but instead of the coming together of a disenfranchised people, who claimed freedom of spirit and embodied pure forgiveness through it all.. 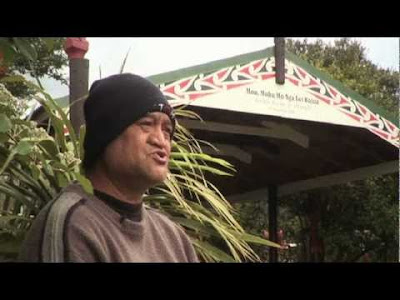 The Verdict>> A well thought out and executed look at one of the most pivotal moments in New Zealand history. A triumph of local cinema.

Plus others to be added. eg Hamilton, Motueka/Takaka, Palmerston North etc
Labels: Film Reviews Tatarakihi The Children of Parihaka